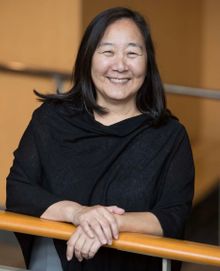 Lorraine Bannai is Director of the Fred T. Korematsu Center for Law and Equality and a Professor of Lawyering Skills at Seattle University School of Law.  After earning her J.D. from the University of San Francisco School of Law, Professor Bannai practiced with what is now the San Francisco firm of Minami Tamaki.  While in practice, she was on the legal team that successfully challenged Fred Korematsu’s conviction for violating military orders removing Japanese Americans from the West Coast during World War II.  She has written and spoken widely on the issue of the wartime incarceration, including testimony before United States Senate Judiciary Committee and presentations before numerous academic and civic institutions such as the Commonwealth Club in San Francisco, the Japanese American National Museum, and the Pacific Coast Branch of the American Historical Association.  Her recent writing includes a biography of Fred Korematsu, Enduring Conviction: Fred Korematsu and His Quest for Justice, published by the University of Washington Press.

Attorney Hoyt Zia of Hawaii has served as a publisher and in numerous corporate positions for major companies in Hawaii and on the West Coast. He served as an appointee in the Clinton administration as Chief Counsel for Export Administration, Department of Commerce, in Washington, DC.

The son of refugees from Shanghai, China, Hoyt was born and raised in New Jersey, graduated from Dartmouth College, served in the US Marine Corps, and then received a law degree from the UCLA School of Law.

About 10 weeks after the U.S. entered World War II, President Franklin D. Roosevelt on February 19, 1942 signed Executive Order 9066. The order authorized the Secretary of War and the armed forces to remove people of Japanese ancestry from what they designated as military areas and surrounding communities in the United States. These areas were legally off limits to Japanese aliens and Japanese-American citizens.

The order set in motion the mass transportation and relocation of more than 120,000 Japanese people to sites the government called detention camps that were set up and occupied in about 14 weeks. Most of the people who were relocated lived on the West Coast and two-thirds were American citizens. In accordance with the order, the military transported them to some 26 sites in seven western states, including remote locations in Washington, Idaho, Utah, and Arizona. 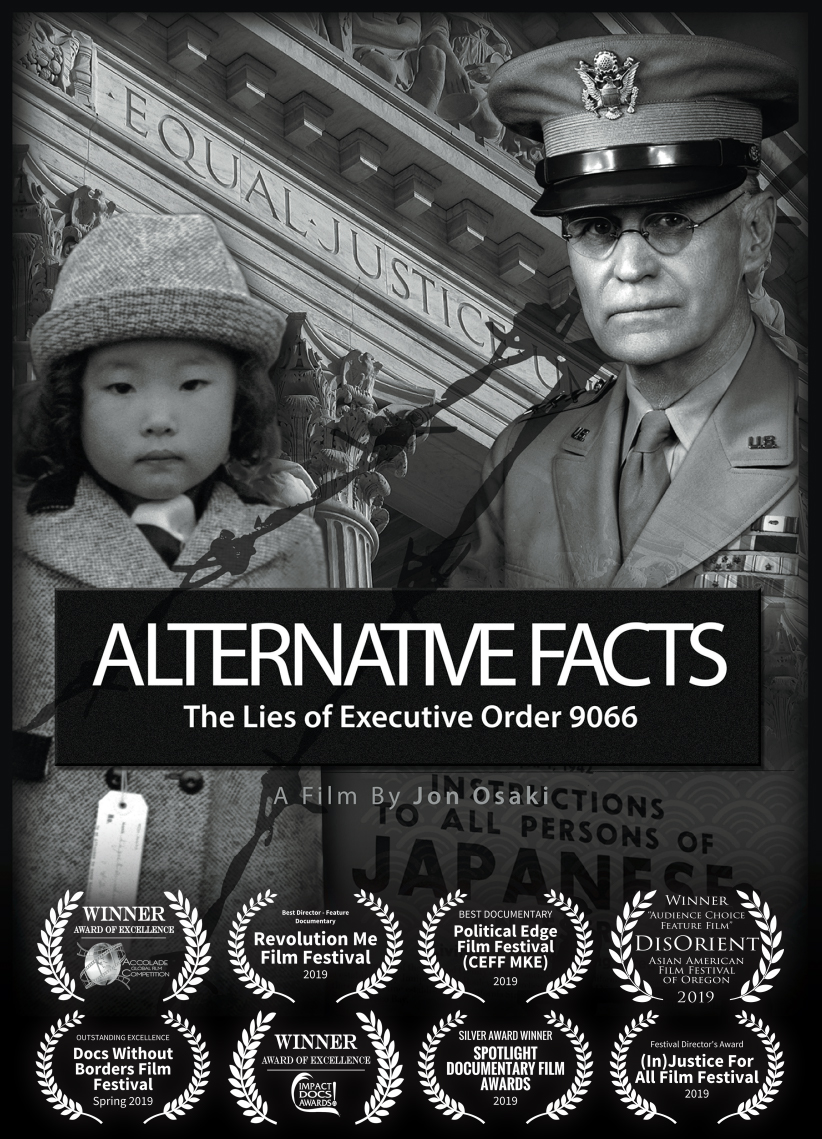 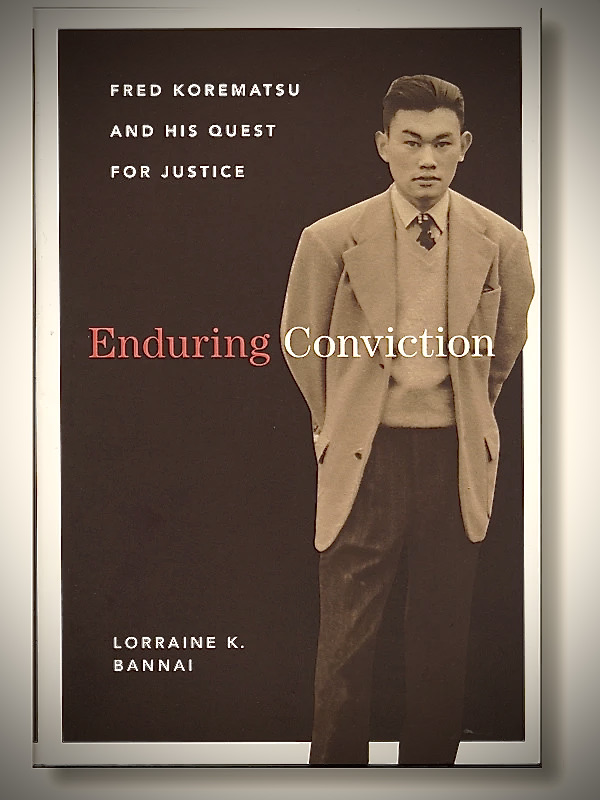 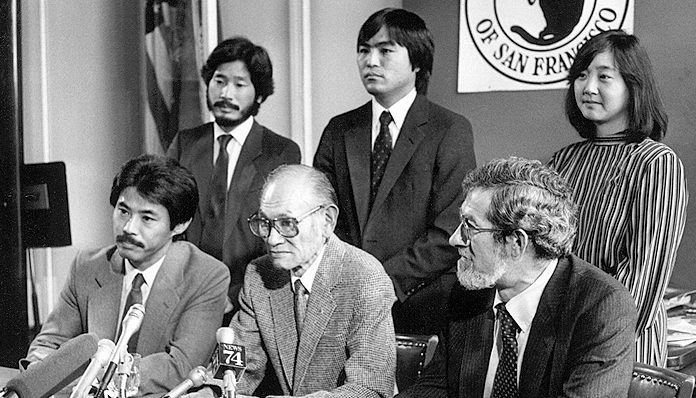 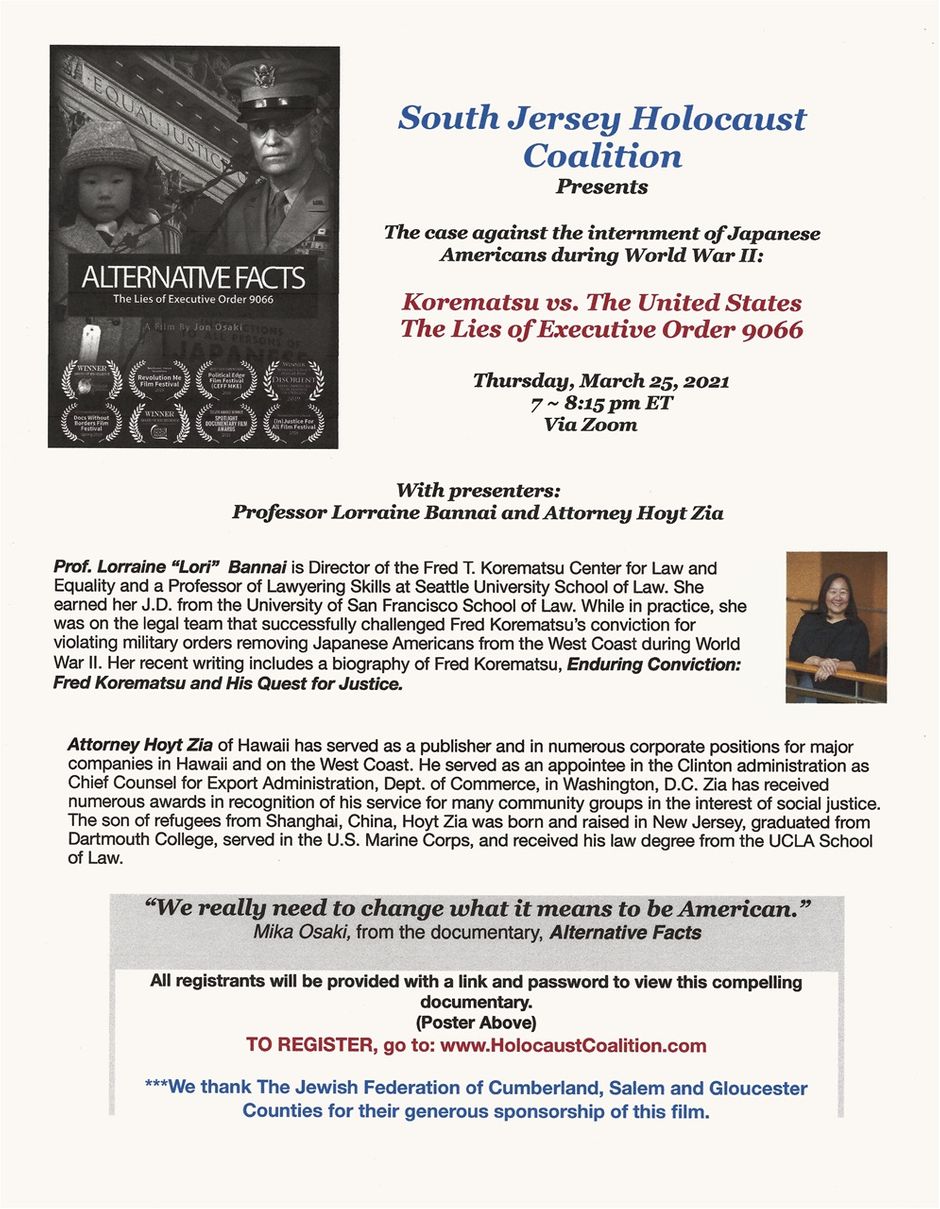